One of my biggest heroes was a brilliant astrophysicist and spirited political activist who said something that makes my spine tingle: “Anything else you’re interested in is not going to happen if you can’t breathe the air and drink the water. Don’t sit this one out. You are by accident of fate alive at an absolutely critical moment in the history of our planet.”

His name was Carl Sagan, and I was recently surprised to learn that he was Jewish.

So how about it? Have you ever wanted to fight for a cause bigger than yourself? Ever wish you could stick it to the people who screw you from cradle to grave? Are you simply curious about what political activism is like? Would you like to be part of a revolution?

This simple six-page website may be the answer to your dreams.

No, this project won’t topple the New World Order in two weeks, but it is a very special exercise in political activism. To understand what I mean, you should know that Israel and the global Jewish Mafia in general are running scared right now because of an enormous backlash against Zionism in particular and Jews in general. To stem the tide, their key weapons include exploiting antisemitism and the Holocaust.

Their most potent weapons are words and ideas. Merely attacking the word antisemitism and replacing it with a word like anti-Jewism (as well as publicizing Jewarchy) will make some very powerful and corrupt people very angry – and very scared.

The beauty of this campaign is its simplicity. You can start with some of the ten steps below.

The beauty of Phase II is its simplicity: we just sit back and wait for the search engines to index all these new words and discussions.

I’ve even created a table where we can keep track of the results. The cool thing is that we have nowhere to go but UP; the new words we introduce are guaranteed to generate more hits each month. If we can get just a couple dozen people to keep the conversation going, we might see a daily increase. There are literally millions of people who should join the discussion.

I’ve placed every image on this page (except for the footer image at the very bottom of the page) in the public domain. That means you can use and modify these images without permission and without crediting me. Nevertheless, it would be nice if you do credit me or at least link to this website.

The animated image below is my favorite. The revolving arrow has two meanings. First, it’s a reminder that you can’t have an intelligent discussion about antisemitism (or just about any other political topic) with a Jew; it’s kind of like a dog chasing its tail in circles. Second, it’s a reminder that the Jewarchy campaign can easily run circles around our Jewish wannabe masters.

The image comes in five sizes, from biggest to smallest (first to last), 450X450 pixels/102 MB, 400X400/86, 350X350/70, 300X300/53 and 250X250/41. The smallest one will probably work fine for most purposes. Though this site’s URL is featured on the image, it would still be a nice gesture if you physically linked the image to this site. And be sure and let me know the URL of the page where you’re displaying the image, so I can consider giving you a reciprocal link in recognition.

Only one of the images on the images below (Obama) has a file size bigger than 50 KB, even though they’re much bigger than they appear below. The animated background lets you see what each image looks like against a white, gray, black and light blue background.

Note: The last two buttons below are not animated.

Here are the same images, displayed actual size, with the height and width of each image in pixels listed, followed by the file size. However, if you’re viewing this page through a mobile device, no image will appear bigger than your screen. 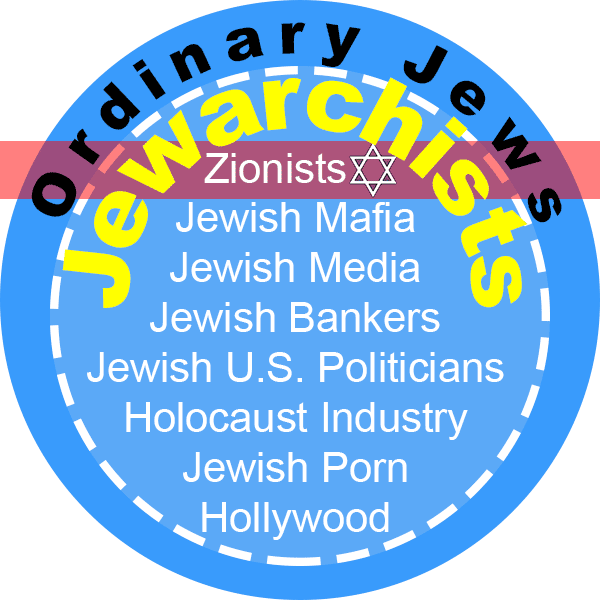 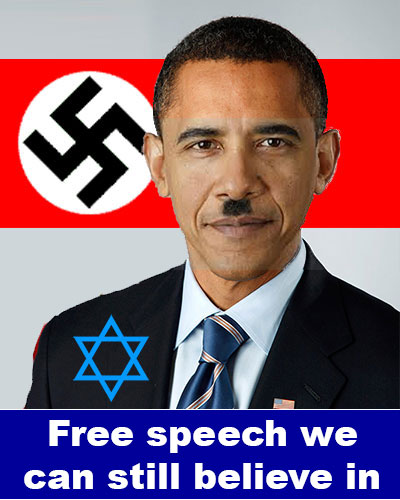 1. Aren’t some of these images too radical?

Every image on this page is legal in the U.S. In fact, all are probably legal in most other countries except perhaps for designs that feature a Nazi swastika. Of course, you may not want to touch any of these images if you live in Israel. 😉

If you aren’t comfortable with a particular image, then don’t use it. Proceed at a speed that’s comfortable for you.

2. Why do I get different results in search engines than you do?

Search engines play a variety of games. For example, when I type Jews + pornography into Google, I get zero hits, even though I get thousands of hits for Christians + pornography and Muslims + pornography. Of course, Google is owned by Jews. Go figure.

Google also has a filtering device you might want to disable. As much as I hate to recommend anything associated with Microsoft, it might be worth using its search engine, Bing, for comparisons.

3. What about networking with NeoNazis?

I’m not alone in believing that some or perhaps most NeoNazi groups are working for the CIA and/or Israel. They pretend to be hardline racists because they want the public to think that anyone who criticizes Jews must be a hardline racist.

Right now, the best thing to do is just get this project publicized. So go ahead and post on NeoNazi websites if you want. But please don’t represent me. Do not post anything suggesting I’m anti-Jewish. I want to promote the WORD anti-Jewish as a replacement for the misnomer antisemitism, but the bigger battle is with Jewarchists, not Jews.

There are times when I feel like all Jews are the enemy, just as I often get fed up with Christians or U.S. citizens in general. There may also be times when we need to cross the line in order to push the free speech envelope. But we must always remember that there’s a little good and bad in all groups of people (maybe even NeoNazis?).

4. This all sounds too simple; what’s the catch?

There’s no catch, that I’m aware of. Our immediate goal is to simply start broadcasting the message, just as the so-called Truthers have never stopped spreading the truth about the 9/11 terrorist attacks (which were almost certainly the work of the U.S. government and/or Israel).

If you’re a political activist or a political science student and this sounds a little boring, you can always turn up the heat. If we can get 10,000 posts promoting this project online, that would be great, but we should also focus on quality.

Learn how to make creative posts and links. Try to get influential people to write about, or even just mention, some of the words and ideas we’re promoting. Eventually, we might get some exposure on TV, YouTube, etc. If you’re studying journalism, write something about the project and share it with us!

See some tips for dealing with propagandists here.

5. Can I get credit for helping the cause?

I would love to hear about your efforts and can tentatively link to websites and pages that promote this effort. However, I won’t be able to keep up if this project ever attracts lots of active supporters.

The table below lists a variety of Jewish political terms, with the number of hits I got when I typed each term into Google and Bing.

Rows with a red background indicate words I coined for this project. They generally show the fewest results and should be easiest to promote. Other terms of special interest are indicated by a yellow background.

When I typed Jewarchy into Google a couple weeks ago, I got 23 hits; it now registers 1,050 hits. Similarly, Jewocracy jumped from 1,310 to 1,940. Both terms were in use before I “coined” them, and I haven’t done much to promote them before launching this website. So it isn’t clear why they show such an increase in popularity.

The results aren’t entirely accurate, obviously based on the formulas each search engine uses. I added Israel to searches for BDS and BDSL to help out unrelated acronyms, but the results are still extremely misleading. When this website was launched there were presumably zero web pages featuring BDSL in the context of this project.

As much as I hate to promote anything associated with Microsoft (including Bing), it should be noted that Google’s founders are Jewish. If you type Jews pornography into Google, you’ll get zero hits. Replace Jews with Christians or Muslims, and you’ll get many thousands of hits. When I typed Jews pornography into Bing, I got 5,940,000 hits. Draw your own conclusion.

Have a nice day.